The propeller of the future

The very first application of a fibre reinforced plastic (composite) propeller dates back to 1960, for use on Soviet fishing boats. And yet, bronze aluminium is still the most frequently used material in the maritime industry. That’s quite surprising, considering the benefits that composites may offer in comparison to metals. 60 years later the concept is still insufficiently tested to guarantee reliable deployment. PhD student Pieter Maljaars believed it was worth a study. He carried it out together with Mirek Kaminsku (Professor Ship and Offshore Structures), MARIN, the Ministry of Defence and Solico. Our Engineer Eric van Uden was closely involved. He told us more about this interesting study.

Eric explained: "It was a very interesting project. A composite ship's propeller can offer many advantages for the maritime industry. For example; Composites have better corrosion resistance and the fatigue resistance of composites is higher in comparison to metals. Besides these advantages, there are anticipated benefits for a ship in operation, like; improved efficiency, higher cavitation inception speeds and a reduced acoustic signature. In other words; reduced fuel consumption and less noise disturbance for marine life.”

The mission of the research

The Greenprop research project’s mission is to develop a validated calculation method that makes it possible to predict the hydrodynamic and elastic behaviour of flexible composite propellers.

PhD student Pieter Maljaars developed a calculation method that predicts the deformation in the ship's propeller at a certain amount of stress. "The calculation method predicts the hydroelastic behaviour of flexible blades," Eric said. “We had the specific task to engineer the connection of the composite blades to the hub. Therefore, we performed a stress analyses with a Finite Element Model. We concluded that the connection was so critical that a test program had to be initiated to validate our design," according to Eric. "After several tests, the connection turned out to perform as predicted. At a later stage, the connection was tested for fatigue by TU Delft. The test showed the construction is sufficiently strong to endure the stresses to which the ship's propeller is subjected". To test it in the field, a full set of 4 composite blades were made and the hub was milled. The propeller was constructed with the connections engineered by Solico and installed under the Defence diving support vessel.

A nice detail about the installation of the propeller: “A propeller is normally installed with a crane. Thanks to its lightweight construction, this composite propeller could be installed with only two people", Eric said.

Marin developed a system with which they can measure real-time deformations of the blades during operation; "Before the blade was installed on the vessel, the blade was given a speckled pattern” Eric explained. “The blade was measured from two camera viewpoints for a correct depth image, the deformations were measured from the speckles. In autumn they sailed in the 'Grevelingen' for Marin’s practical test. At that time, water is at its brightest. For the first time, the deformations of a ship's composite propeller were measured underwater". The quality of the measurements is important for the validation of the calculation method. "The results showed that the deformations measured corresponded well with Pieter's prediction.”

What was the challenge for Solico?

“The challenge lies in the connection of the composite blades to the metal hub, this connection is known to cause issues. Blades have been lost and disappeared to the bottom of the sea on various other projects”, Eric explained. " There are a lot of influences involved and we had reached the limit of what we could calculate. Even with the best design we could come up with, we still encountered stresses on propeller parts of which we wouldn’t know if it would function in the long run. That's the reason why we initiated an extensive test program, so we could test the blade-hub connection with increasing detailing. No one knows the behaviour of this kind of connection under these conditions, because there is no knowledge about it available yet," Eric said. "The connection has survived the practical test and we think it has a lot of potential for these kinds of structures."

“The study was successful”, according to Eric. "It was possible to predict the hydrodynamic and elastic behaviour of the composite blade by using Pieters computer model for non-anisotropic behaviour.” According to Pieter Maljaars, the blades needed to be highly flexible in order to accurately measure the blade deformations. The ultimate goal is to use the flexibility of composite propellers in the future. The smart use of the blades’ flexibility can improve efficiency and reduce propeller noise.

The question remains, ‘when can we start using composite propellers?’ "Bronze Aluminium propellers are cheaper to manufacture. So, there should be good reasons to choose for composite propellers. Reducing fuel consumption or reducing noise are reasons to look for a solution. Composite might be the answer, but it still has to prove itself”, Eric said. "Studies are now ongoing to determine whether bending and twisting will generate the promised advantages. If that is the case, it could compensate against the higher production costs compared to a bronze aluminium propeller. The exact life-cycle of composite is still unknown. Follow up studies are required to offer a guarantee on the life-span and performance”, Eric explained.

ALL BENEFITS OF COMPOSITE

How can you maximise the benefits of composites?
We’d love to help. Don't hesitate to contact us for a no-obligation consultation. Give us a call +31 162 46 22 80 or complete the contact form and we will contact you a.s.a.p. 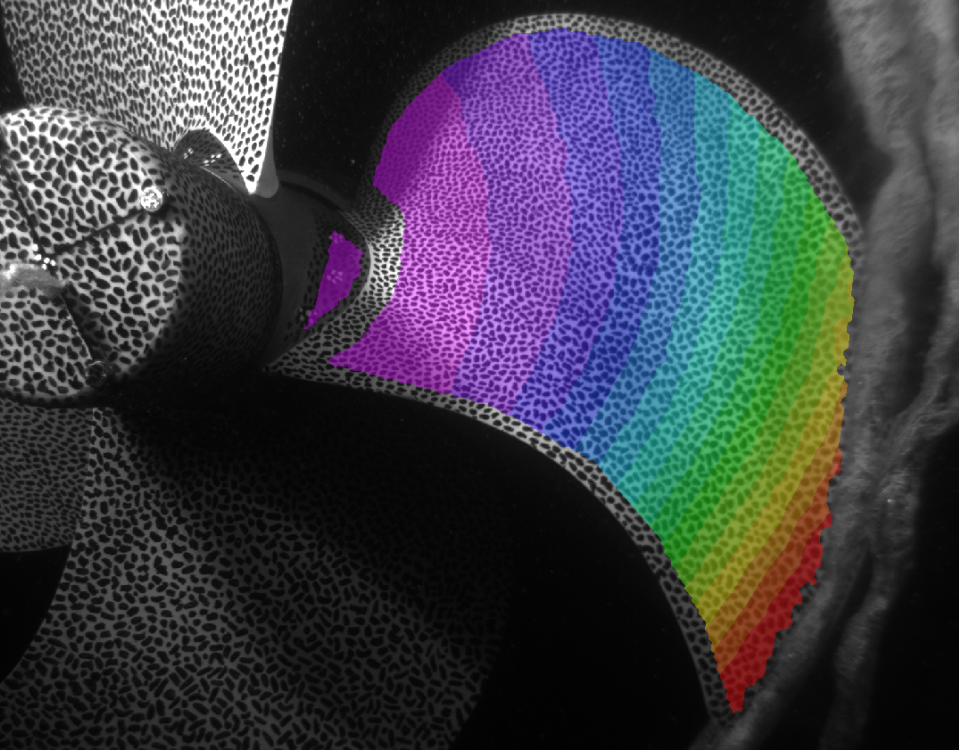 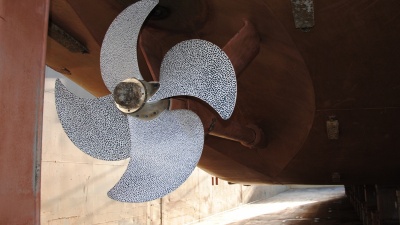 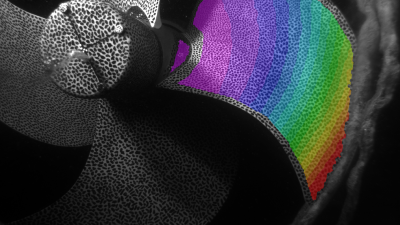