The tale behind the runaway metro saving ‘Whale Tails’ sculpture

At 12:30 A.M. on 2 November, a runaway Dutch metro was saved by a whale tail sculpture. The metro had burst through the buffer stop while approaching the end of the line in Spijkenisse, the Netherlands. Instead of plummeting into the bike path 12 metres below, the metro car came to rest upon one of two tails which make up the ‘Whale Tails’ sculpture. The driver was the only person on the metro and was uninjured in the accident. Solico is humbled and proud to have engineered the sculpture which caught the runaway train, preventing a total catastrophe. The engineering of the tail was originally intended to withstand strong winds typical in Rotterdam.

“The shape of the fluke on the whale tail makes a perfect wing. We knew that this could get a lot of lift force with the wind which presented us an engineering challenge,” explains Peter Globevnik, the head structural engineer behind the tails. Fortunately, the stiff and strong structure of the tail was able to catch the metro.

In 2001, Solico was commissioned by the Municipality of Rotterdam to provide structural engineering for two composite whale tails reaching twelve and fourteen meters high respectively. Rotterdam experiences a lot of strong wind which has resulted in vibration issues with other nearby projects. To avoid having these same issues in the whale tails, their shapes were tested in a wind tunnel. The results were used by Solico to design strong and stiff composite whale tails. This was done by extensive FEA analyses. Maropol built and installed the two giant tails.

The whale tails consist of two parts, which are referred to as the “body” and the “tail”. The body has a steel lattice interior structure, cladded with 6 mm glassfibre reinforced polyester. The tail, on which the metro train is resting, doesn’t include a steel support, and the load is taken by the composite material alone. A lightning conductor is integrated in the tail. The image in the gallery below reflects the translation due to wind, under design considerations.

Need some help with engineering? Our engineers love a challenge! Don't hesitate to contact us for a no-obligation consult. Give us a call +31 162 46 22 80 or complete the contact form and Coen Meerbach will contact you a.s.a.p. 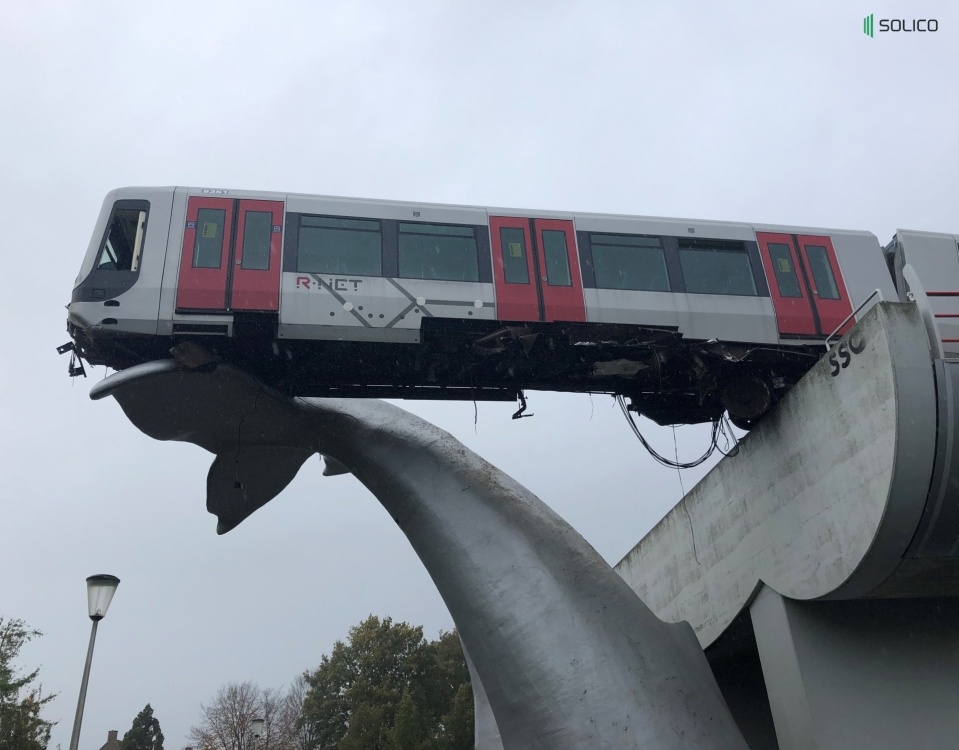 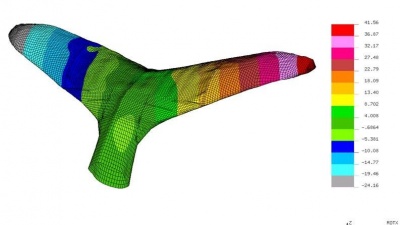 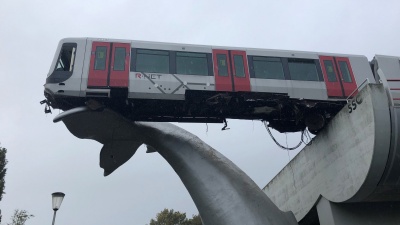 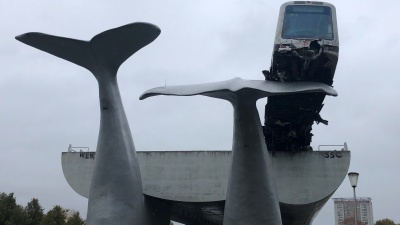